What Is The Hardest Language To Learn? Let’s Find Out!

What Language is Hardest To Learn?

Why is learning a language so difficult? If you think about it, language learning process is complex and diverse systems.

They contain their own syntax and challenging grammar, and unlike modern languages, they were developed over thousands of years and developed differently in each society.

And then, of course, there is the culture and the history that goes along with them, and that’s just the beginning.

They all have their own unique sounds and pronunciations, and often their own idiosyncratic word order.

If you’re just learning a new intriguing language, it’s daunting to absorb all of this at once and make sense of it.

After all, the most common reason people struggle in this way is they don’t know what they want to do with their language origins and how much time and effort will be required for them to achieve success.

So, which popular language formation has been proven hardest to learn by those who’ve tried to master its complexities?

Let’s find out together!

10 most difficult Languages in the World

It all depends on your native language, your natural ability to pick up languages, your motivation to learn, and the time you have available to spend learning.

Some languages are more difficult than others for a reason. That reason is that they require a much greater ability to learn and keep information.

But, if you keep at it and dedicate the time to learning, then you can learn anything.

Here are the most difficult languages:

Arabic is one of the most difficult languages in the world to learn. Spoken in over twenty countries around the world, although you can find native Arabic speakers in most Arab countries.

In Arabic, there are twenty-eight letters, each having a different shape. Another interesting fact about Arabic is that it contains a lot of verb forms and a lot of prefixes and suffixes for each noun.

The Arabic language is based on triliteral, consonantal roots. Verb conjugations are also quite different from English. Therefore, Arabic is considered being one of the most difficult languages in the world.

Chinese language is one of the most difficult languages in the world because of its thousands of characters, ranging from 3,500 to 8,000.

It is one of the oldest languages in the world, dating back to around 1600 BC.

Japanese is one of the hardest languages in the world to learn because of its complex grammar, unique sounds, and numerous characters to memorize, as well as all the different suffixes and prefixes that can be attached to words.

Korean language is one of the hardest languages, because it is a language that has numerous characters and a complex writing system.

Although all languages are complex in their own rights, Korean may be slightly more difficult due to its combination of both agglutinative and isolating language features.

Russian is considered one of the most difficult languages to learn due to the complexity of the structure of the language. There are 5 noun declension classes, 12 verb conjugation classes, and 3 tenses.

Having to memorize over 30 cases for nouns and 7 tenses for verbs makes it difficult for some people to learn.

In order to learn Russian, you must learn to read Cyrillic and also learn the difficult phonetic familiar alphabet. It is also difficult to learn the grammar and conjugation rules.

Spanish is one of the most difficult tonal language to learn for English speaker because it varies from English. Spanish is a phonetic language goals, so the spelling of words is very important.

Spanish is one of the Romance languages, identical meanings its origins are from Latin.

French is a Romance language. The main similarities with languages of education in France is French. It has been identified as one of the hardest languages to learn.

It is a highly inflecting language, so it changes the hierarchical form of words to show their function and relationship with other words in the simple sentence.

Portuguese is one of the most difficult languages in the world, because pronunciation is difficult to learn, and there are many confusing rules in the grammar.

Portuguese is one of the easiest languages to learn for native speakers of Spanish, Italian, French, and English. There are many similarities with Spanish, but the pronunciation rules are totally different.

Learning German is one of the most difficult languages in the world because it has numerous sounds.

The reasons for this are manifold. German is a very precise, strange language.

The various cases for nouns and for the verb forms are not always easy to remember. The verb tenses are also very confusing for beginners.

Italian is one of the most difficult languages in the world because it’s a Romance language.

Italian is considered a difficult and beautiful language to learn due to its large number of vowels and a verb system that is a bit more complicated than other European languages.

Which one would you say is the hardest?

Why some languages are easier or harder than others?

There are many reasons some languages are harder to learn than others.

1. One very obvious reason is because certain languages have different grammars, structures, vocabularies and phonologies.

2. Another important factor is that while humans share similar cognitive abilities across cultures, we also differ based on our environment.

This means that what works well for someone living in Australia may work poorly for somebody from Brazil.

Even though we’re genetically identical, we process challenging language differently depending on where we live and grow up.

This is especially true when considering children who must deal with two distinct languages simultaneously for an extended period.

3. Another big difference between languages is the cultural context.

As previously mentioned, every country has their own set of customs, traditions, values, beliefs, laws, and religion.

These factors influence how we speak, write, read, listen, understand, communicate, and interact within any community.

These differences create a wide range of challenges for individuals trying to learn multiple languages and become fluent speakers.

Why is English is the world language?

The English language is one of the most widely spoken and commonly understood languages in the world.

It is the language of business and politics and is spoken by more than half of the world’s population.

It has a long history behind it, having been used by people since at least the 8th Century BC. And its use continues to grow rapidly today as well.

With over 300 million native speakers worldwide, English is now one of the official languages for international communication on Earth.

English is also an important language for business.

In fact, many countries have adopted English as their national language because of this.

If you’re thinking about learning a new language, it’s important to know what makes some of them so hard to master. It can help you decide which one would be best for you.

There are many factors when choosing what language will suit your needs or style:

Do you just need to brush up on your existing knowledge, take an exam, get promoted at work, travel abroad or these things?

Learning a new language requires you to understand grammar, vocabulary, distinct pronunciation and syntax. You need some sort of foundational knowledge before learning how to speak it properly.

If you don’t know these things first, then you’re going to struggle with being able to communicate effectively when speaking this new language.

Do you want to understand it, speak and read it fluently? Or do you just want to learn a few words in order to impress people at parties?

Can you commit to two hours per day on average for several months, having no other commitments during those times? If not, then perhaps you should choose another.

For example, American students study foreign languages at school as much as European ones do.

On average, Americans spend more time studying literature than other countries. They also focus on grammar over vocabulary.

Learning a foreign language takes practice, and it’s hard to find the time to put in.

There are also many books and courses about how to learn languages that are out there, but they are expensive, and not all that effective.

However, there is another way to learn another language, one that is inexpensive, effective, and easy.

If you are learning a new language, you want to be sure that you are making the most of your study time.

By taking the time to look at the advantages of learning, you can help yourself better understand this process.

There is no right answer here. Everyone from a linguist to a polyglot has their own favourite languages. But, the one thing we can agree on, is that it is worth learning any language.

In the long run, if you take the time to learn a foreign language, your life is going to be a much more rewarding and fulfilling experience.

If you think a language is difficult, start with a simpler language. The hardest language to learn is the one you aren’t willing to invest your time to learn. 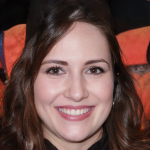