Why Is Learning History Important? Find Out Here!

If you’re like many people, history may not be your favorite subject. But History can teach us all sorts of things. Many lessons we take as common knowledge today. Germs are real and make you sick, Iron rusts, don’t build ships like the Titanic.

History is just a giant story, of normal humans blundering around, making all sorts of mistakes and just doing the best they can. What makes History better than your Facebook Feed is the story is already complete! No waiting for the next in the trilogy. Finding an author with a sense of humor and a sense for storytelling makes it all the better. History is relatable, informative, and entertaining.

Remember how I said History was full of normal people? It’s hard to think of Emperor Napoleon Bonaparte having thinning hair and indigestion, or that the man who almost conquered Europe made mistakes. But history is full of normal people doing the best they could. And they didn’t have the widespread education that is standard today. One everyday detail in his life caused a whole slew of trouble for Napoleon–Buttons. Yes, Buttons.

We Can Relate to the Past

Imagine you are managing a huge, multi-level collection of people–countless decisions must be made to manage all those people. Have you ever made a decision that turned out to be catastrophic in your life? As the commander of a huge army, Napoleon had to make a million tiny decisions no one bothered to notice, and all without cell phones. How to feed everyone, What should the tents be made of, Wooden buttons or metal buttons on the uniforms. Tons of tiny things. That’s relatable to our lives now, except we have a huge advantage in that the whole story is already complete.

Back to 1815, wars need soldiers, soldiers need uniforms, and uniforms need buttons. Here Napoleon had to choose between metal buttons, carved wooden buttons, or bone buttons. Armies are expensive, and his mundane everyday choice of metal buttons on the uniforms didn’t seem like a big deal. But we, the people of 2023, have an advantage: the story has already played out.

Those metal buttons were made primary of iron, and in the cold wet alps metal will rust. The rust caused buttons to literally fall off the soldiers’ uniforms. Their coats flapped open, and if you ever have been outside for prolong periods in winter, you know that you need to button (or zip, or Velcro) up or risk getting sick. That’s exactly what happened and sick soldiers don’t win wars. Napoleon also chose to take elephants through the Alps, but that’s another story.

Want a few more entertaining stories in history? Look up “The Great Molasses Flood”, “The Horrible Death of Eben Byers”, and “How Elvis actually died.”

Want a good read? Check out these forays into history that will leave you laughing. The Disappearing Spoon: by Sam Kean; Napoleon’s Buttons: by Penny Le Couteur; and Scourge by Jonathan B. Tucker 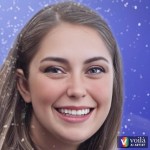 Emily Tuckett is a Middle School Science Teacher, and mother of two delightful girls ages 3 and 6. She lives in Utah with a great view of the Rocky Mountains. She enjoys panning for gold to teach about density, and watching Bluey with her daughters. She is a writer and scholarship coach.